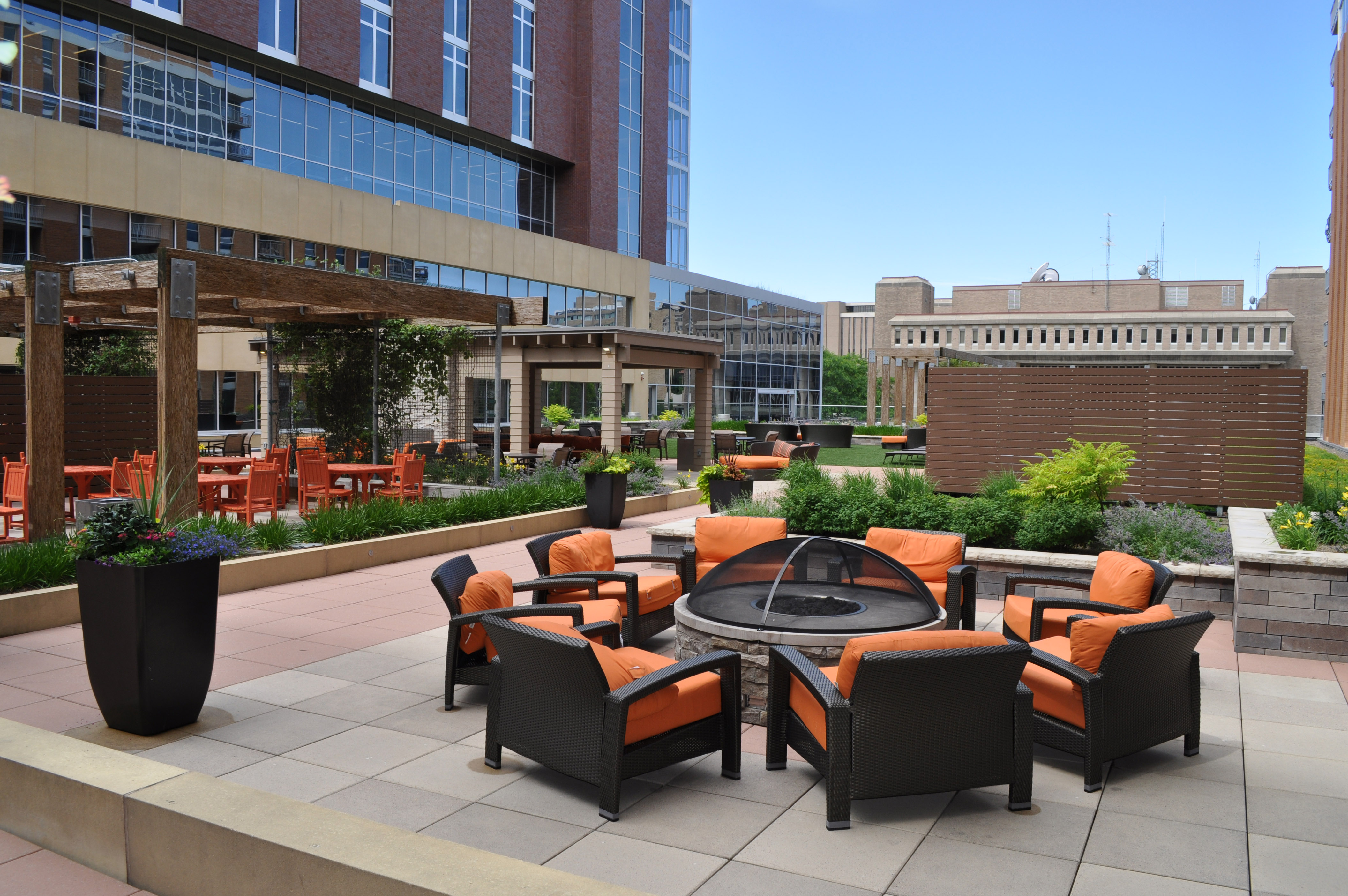 The rooftop terrace retrofit provided a larger, more diverse and more interactive space in which new amenities were seamlessly integrated with existing, resulting in a completely reimagined rooftop terrace and lifestyle experience.

Lucky, a mixed-use development in the heart of Madison, recognized the growing popularity of high-end amenity space on other green roofs throughout the City and wanted to provide their tenants with something that was above and beyond that which was offered elsewhere. Recognizing that Lucky’s existing green roof already had some nice amenities, Saiki Design proposed a retrofitted design that resulted in a larger, more diverse and more interactive space in which new amenities were seamlessly integrated with existing, resulting in a completely re imagined green roof.

Existing materials, structures and furniture were preserved, or salvaged and repurposed elsewhere within the new design as a way to be both budget conscious and sustainable, while providing visual harmony between old and new. Amenities include a variety of movable site furniture, multiple shade structures, a fireplace and fire pit to extend use of the space into the shoulder seasons, barbecue grills, an exterior-rated TV on which to watch the big game, raised planters to define spaces while providing a visual buffer between disparate uses and a synthetic sports field for informal passive and active recreation. 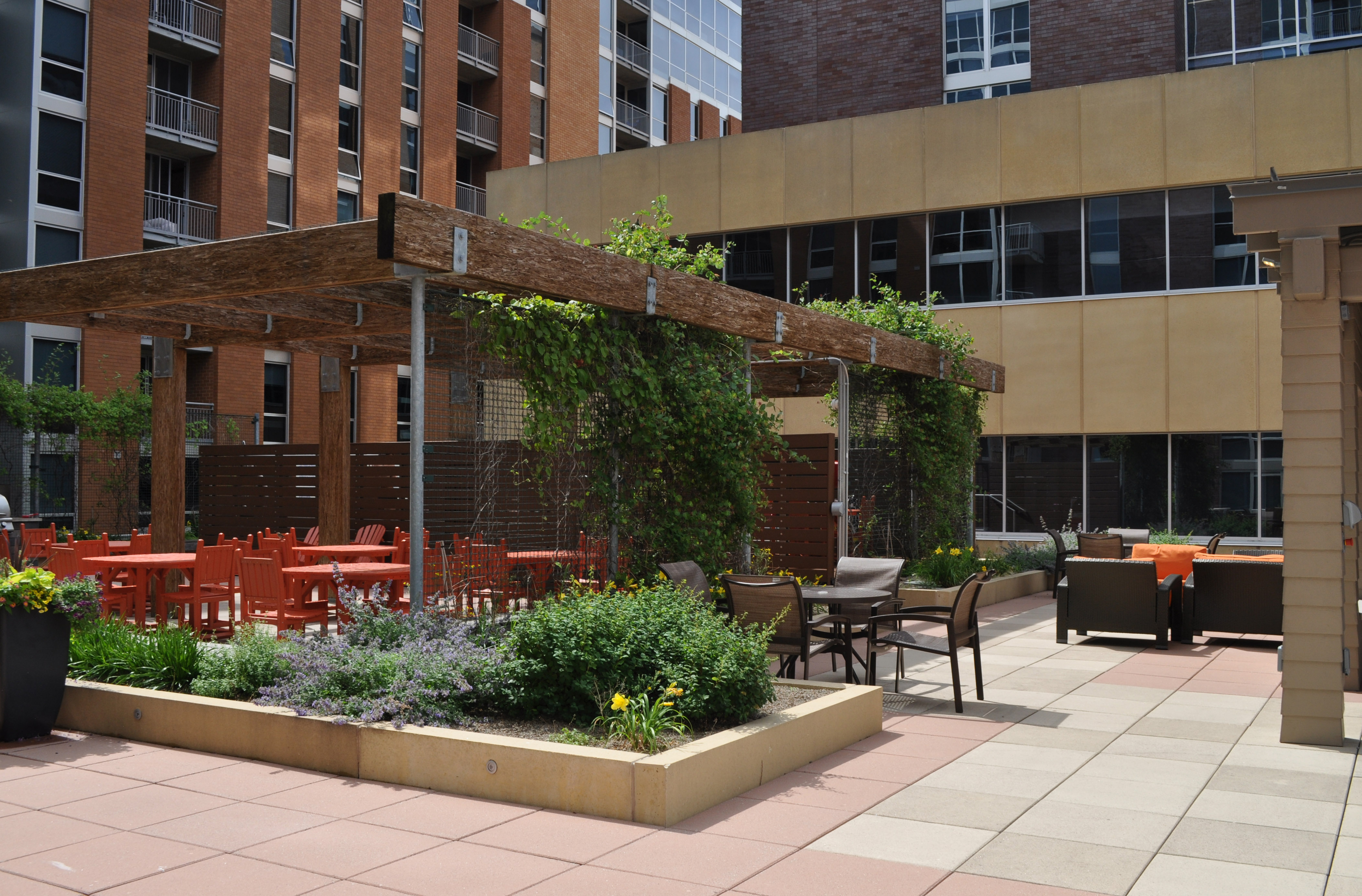 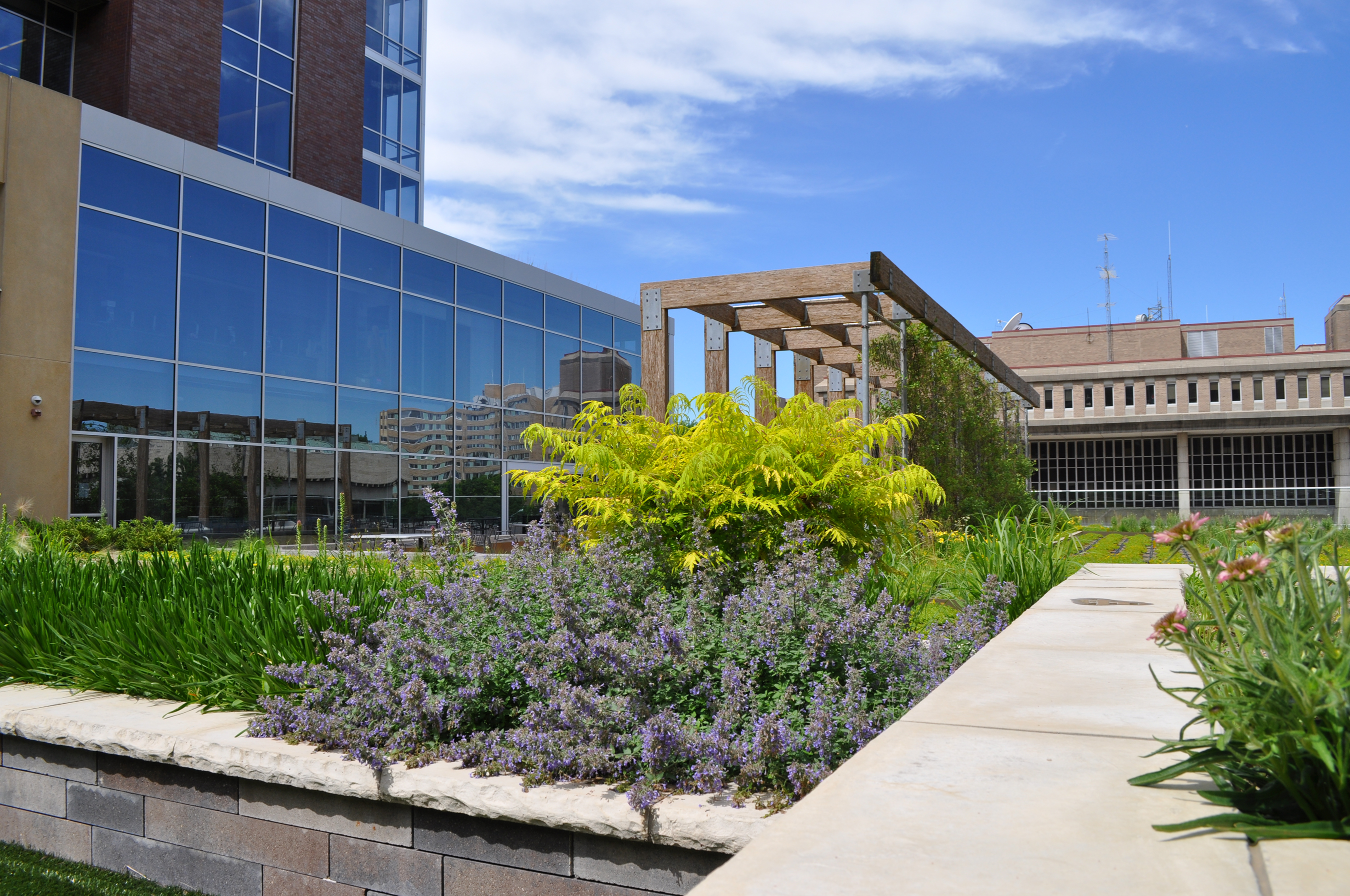 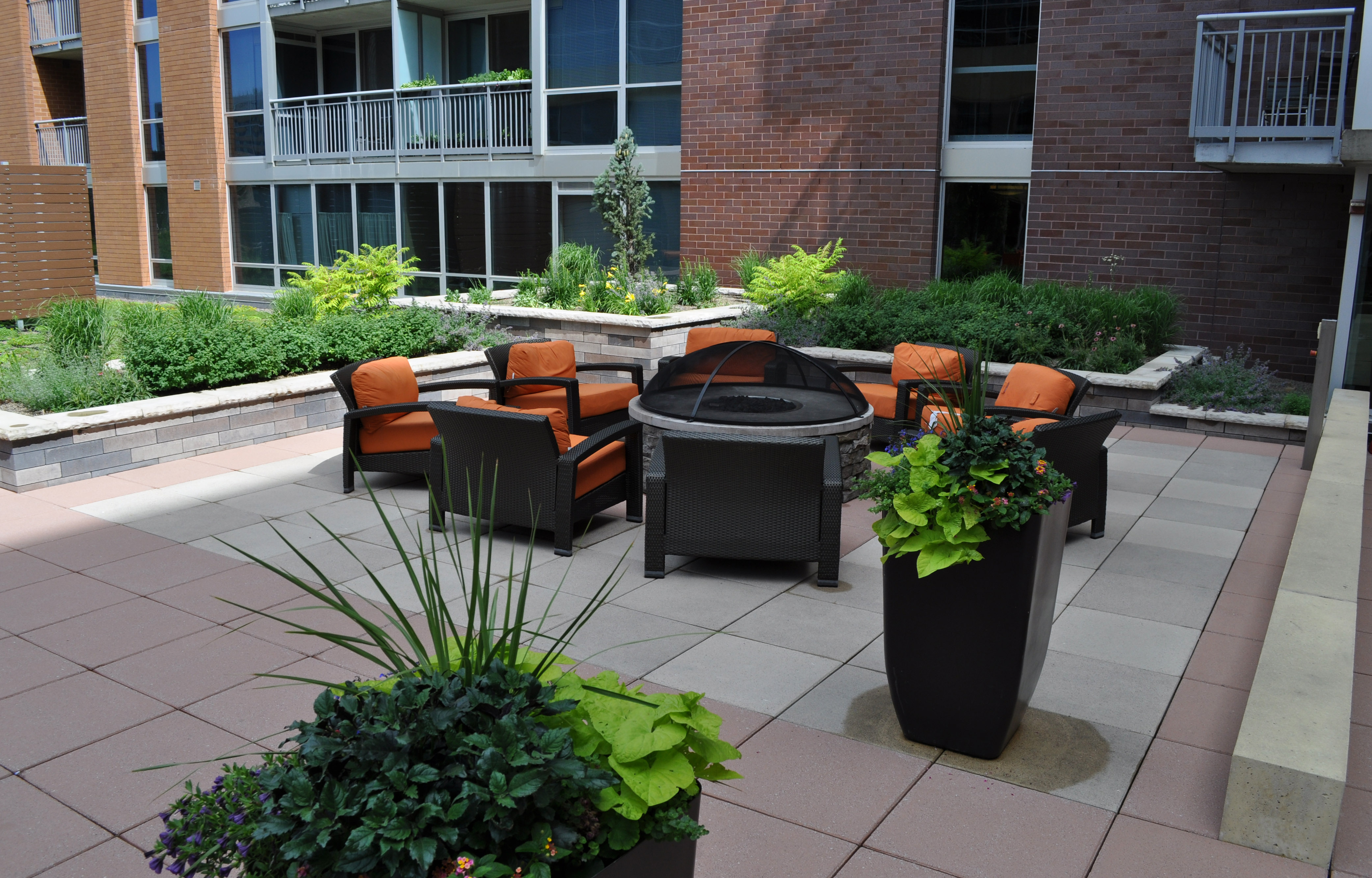 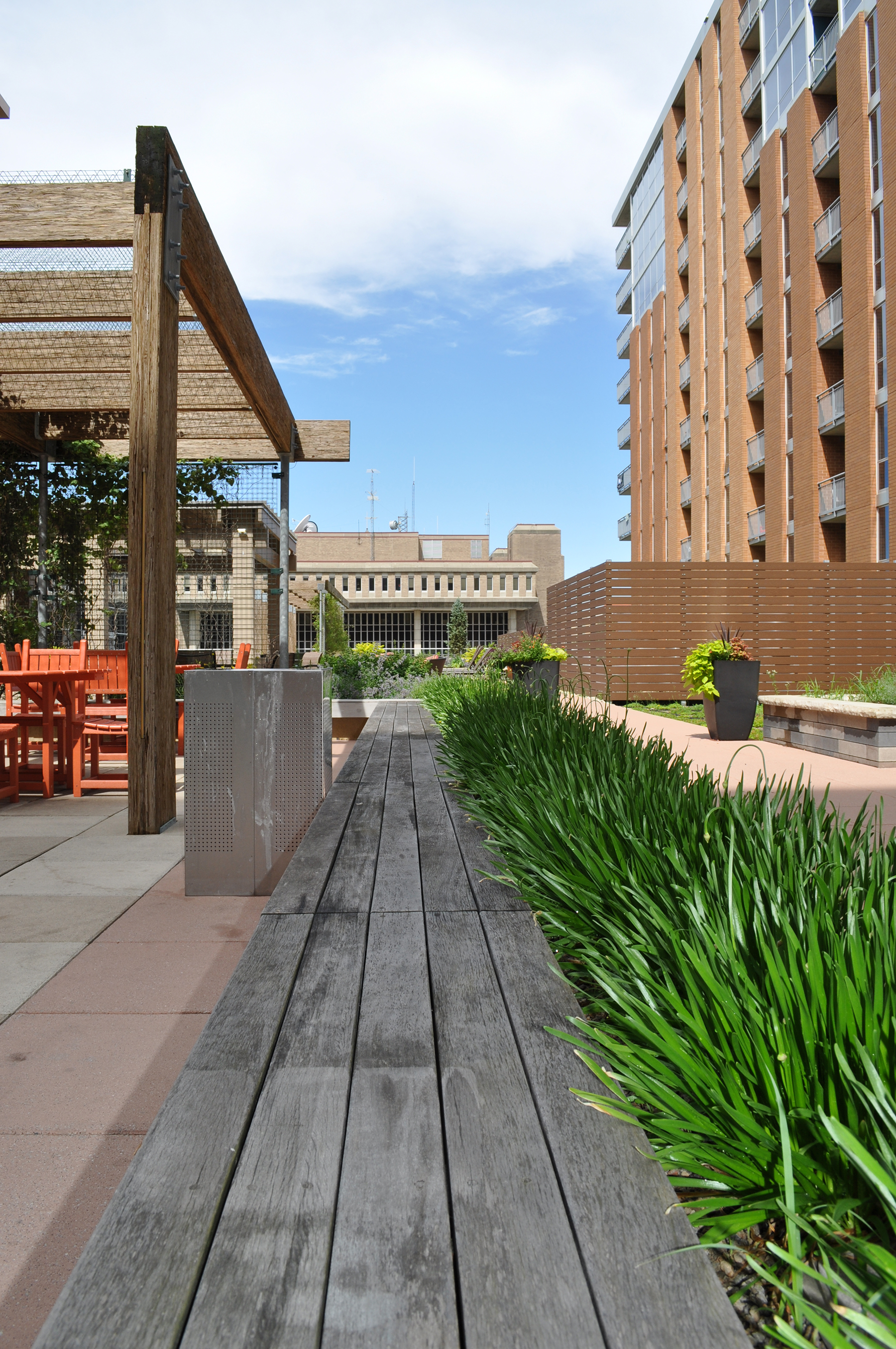 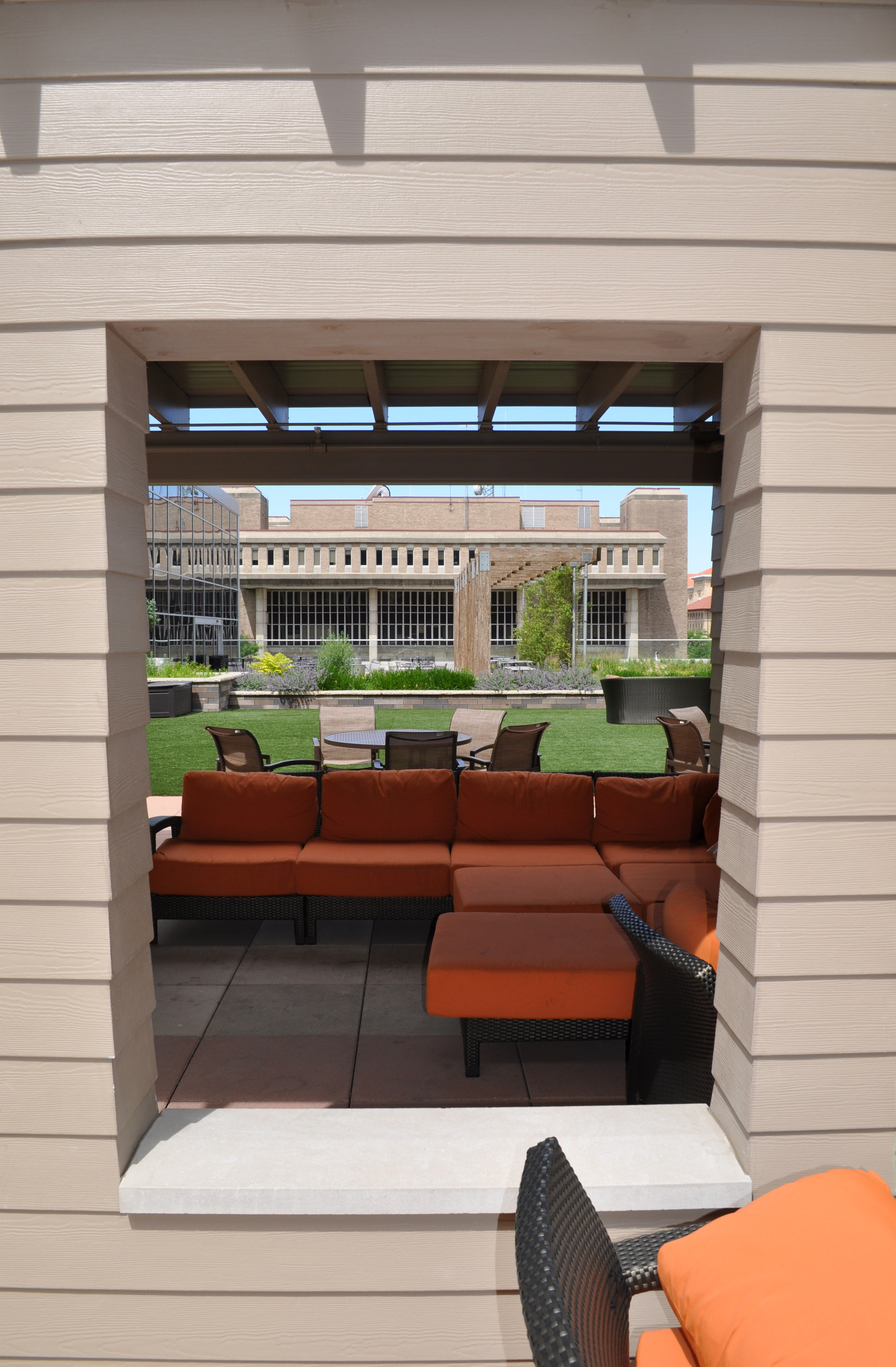 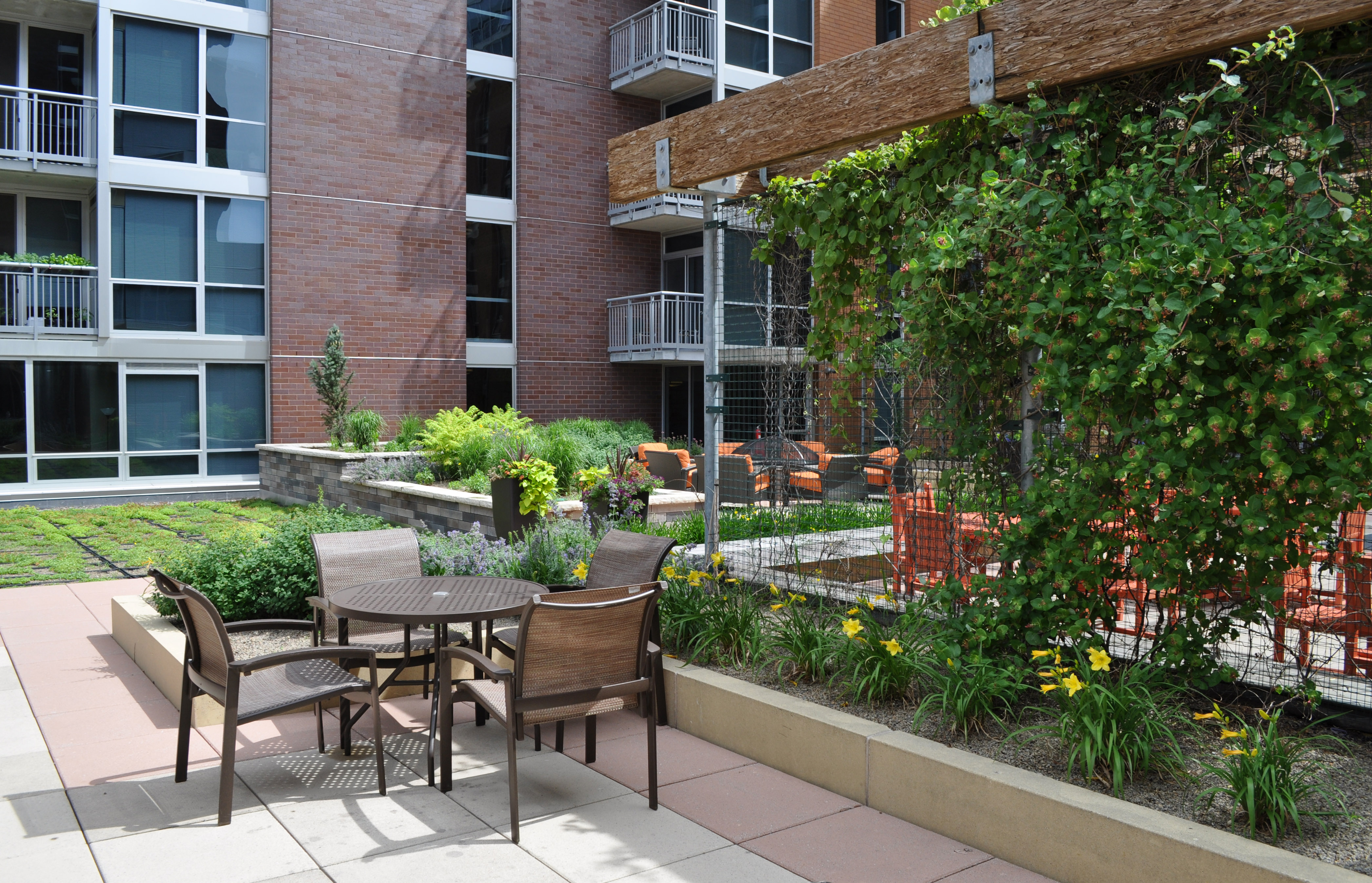 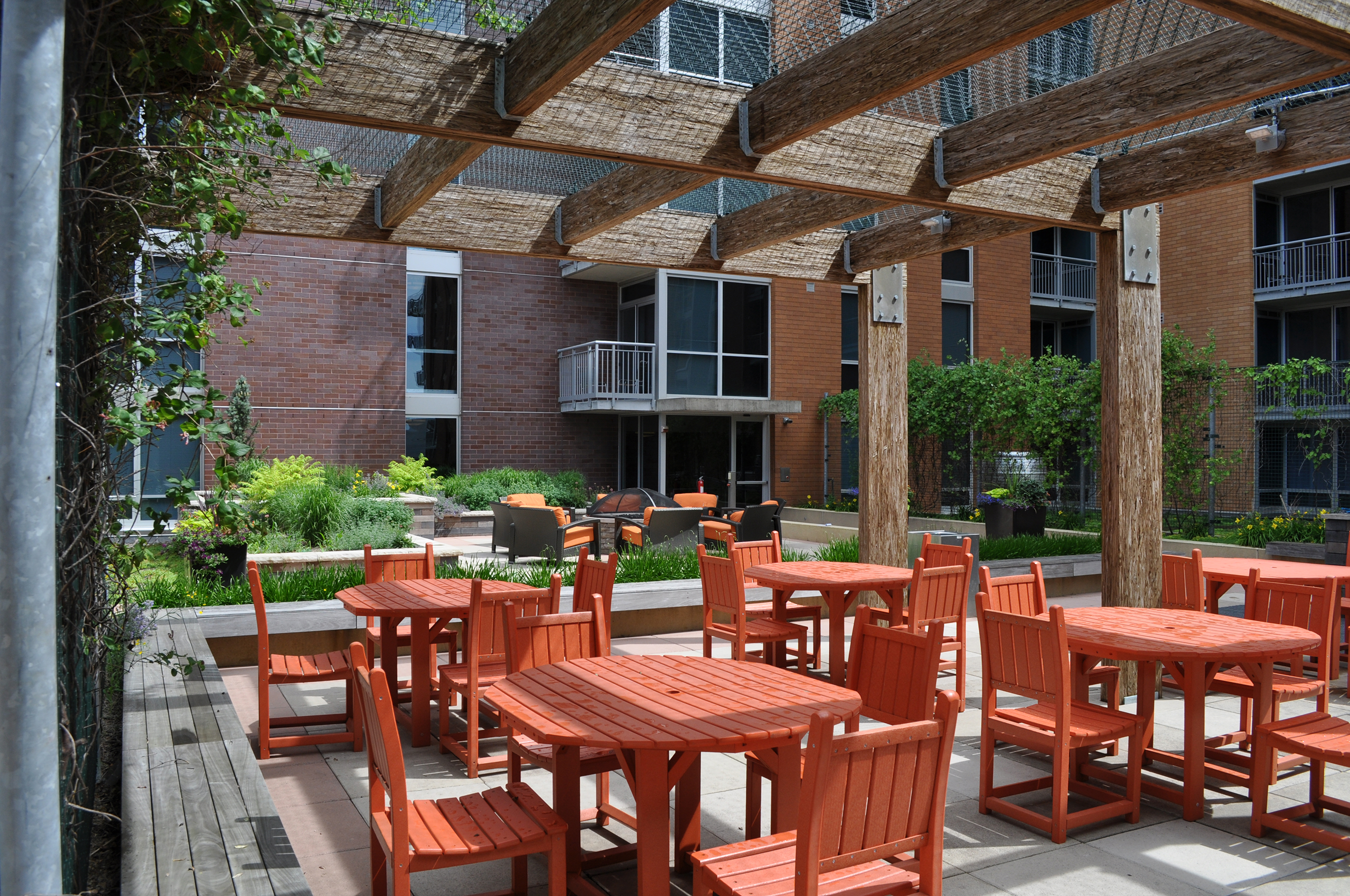 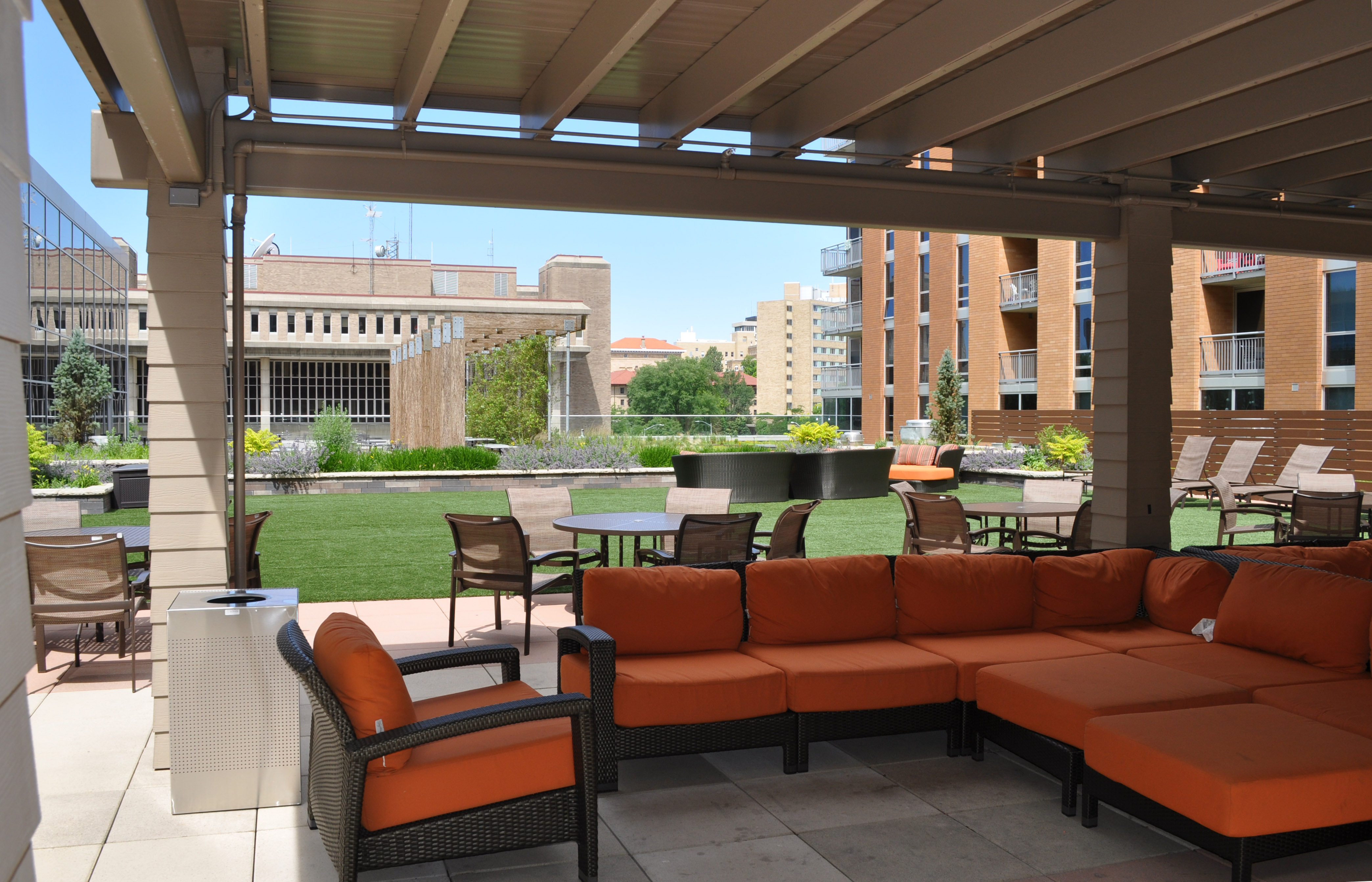 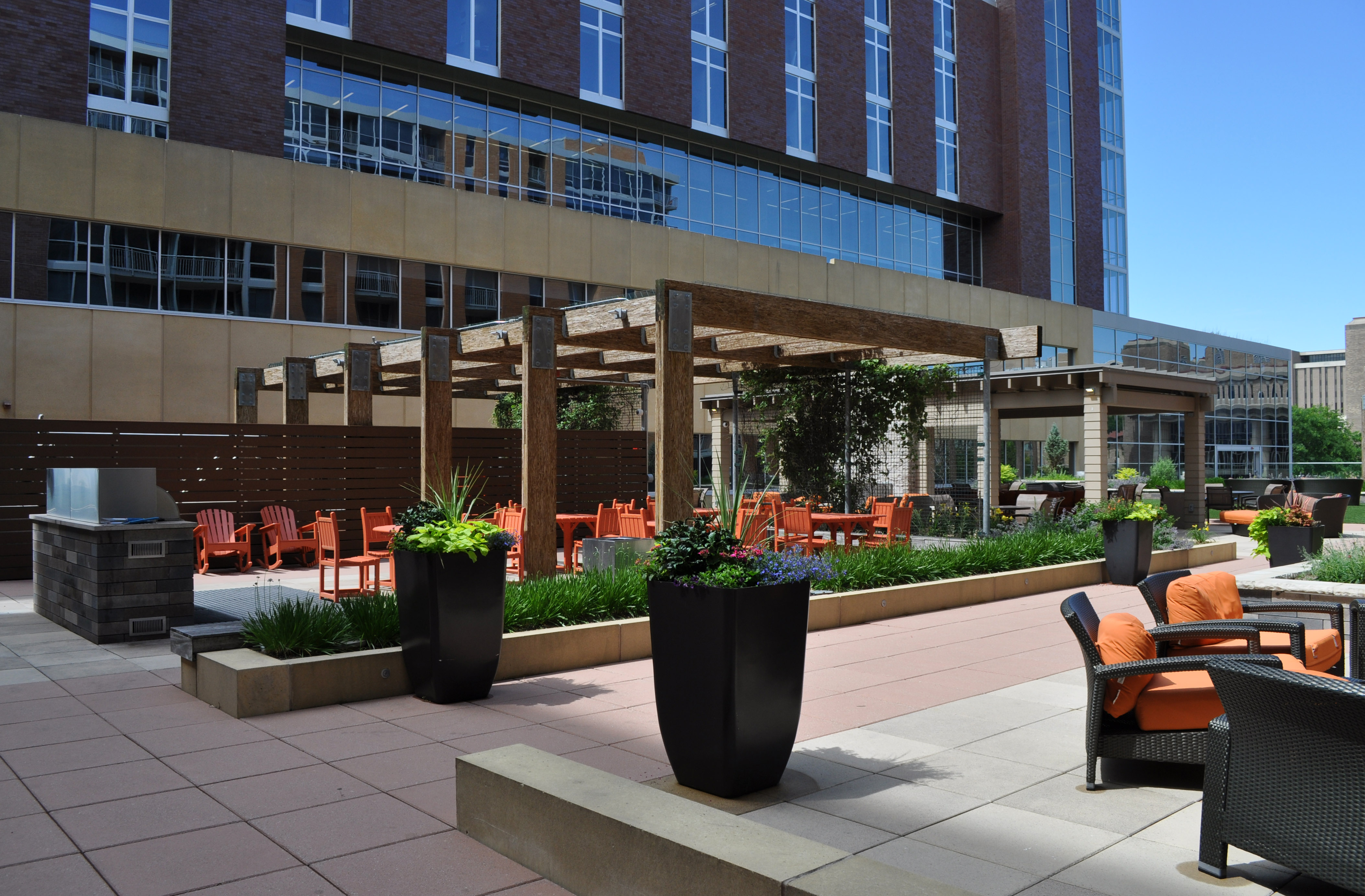 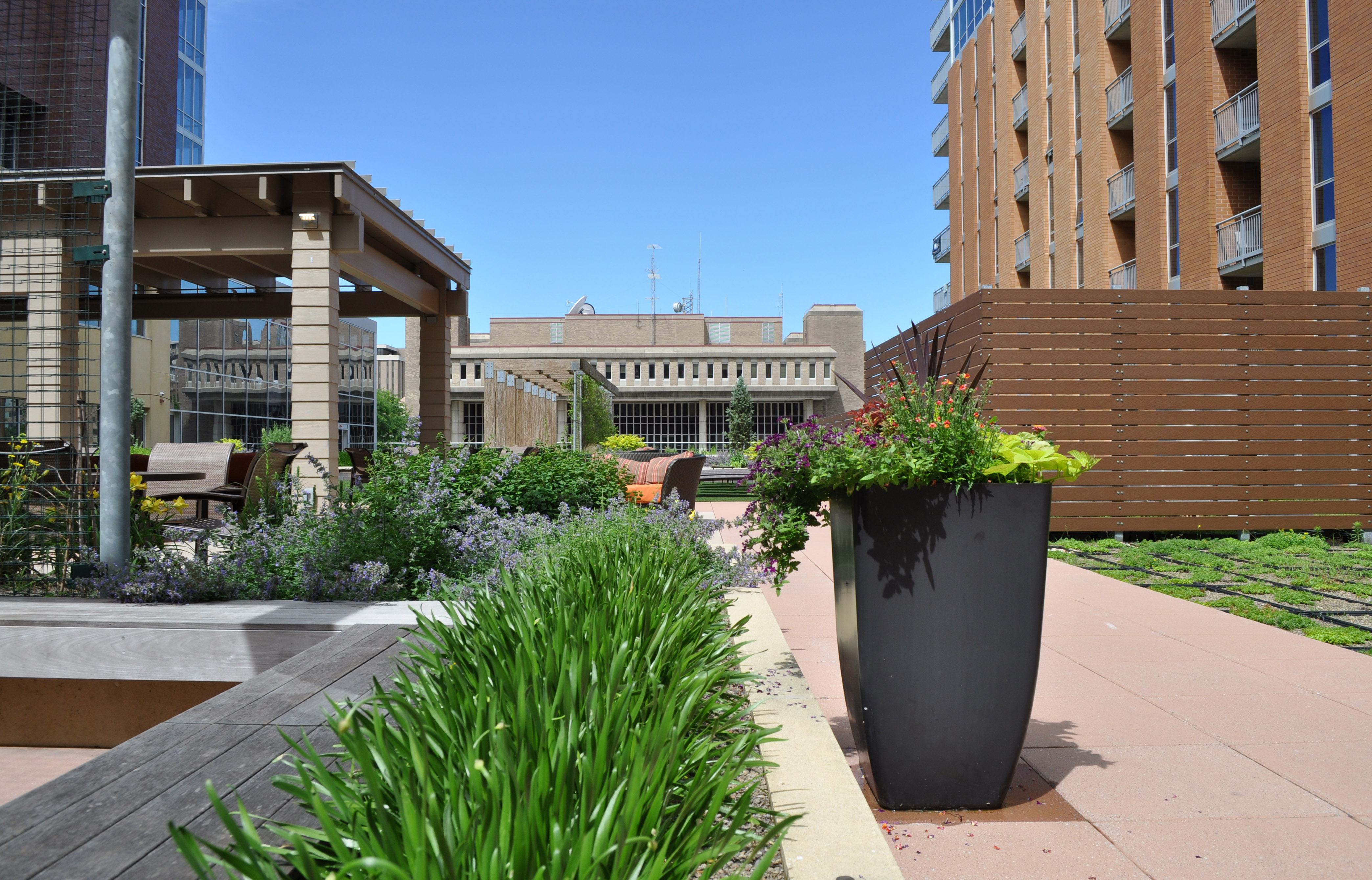 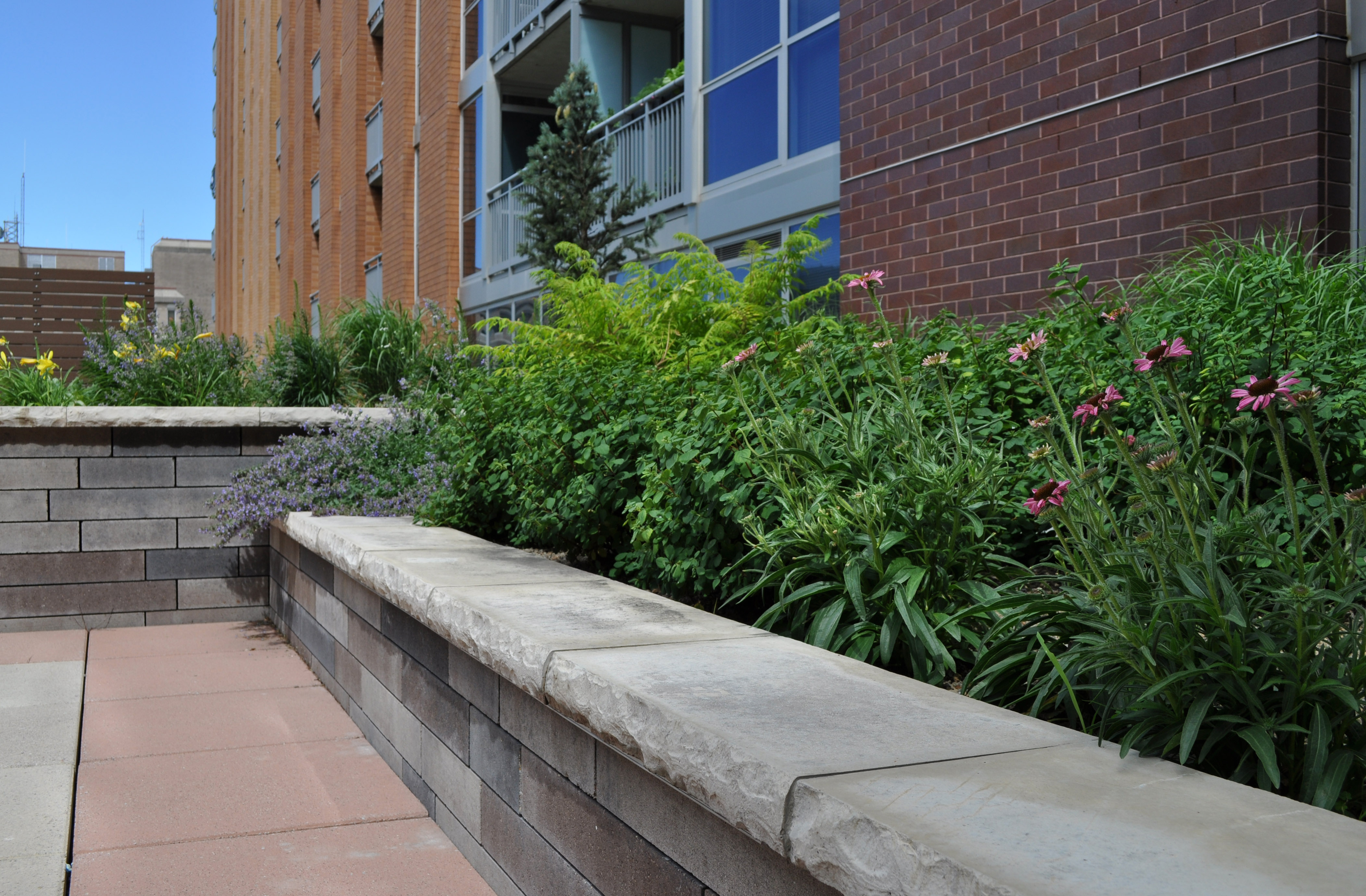 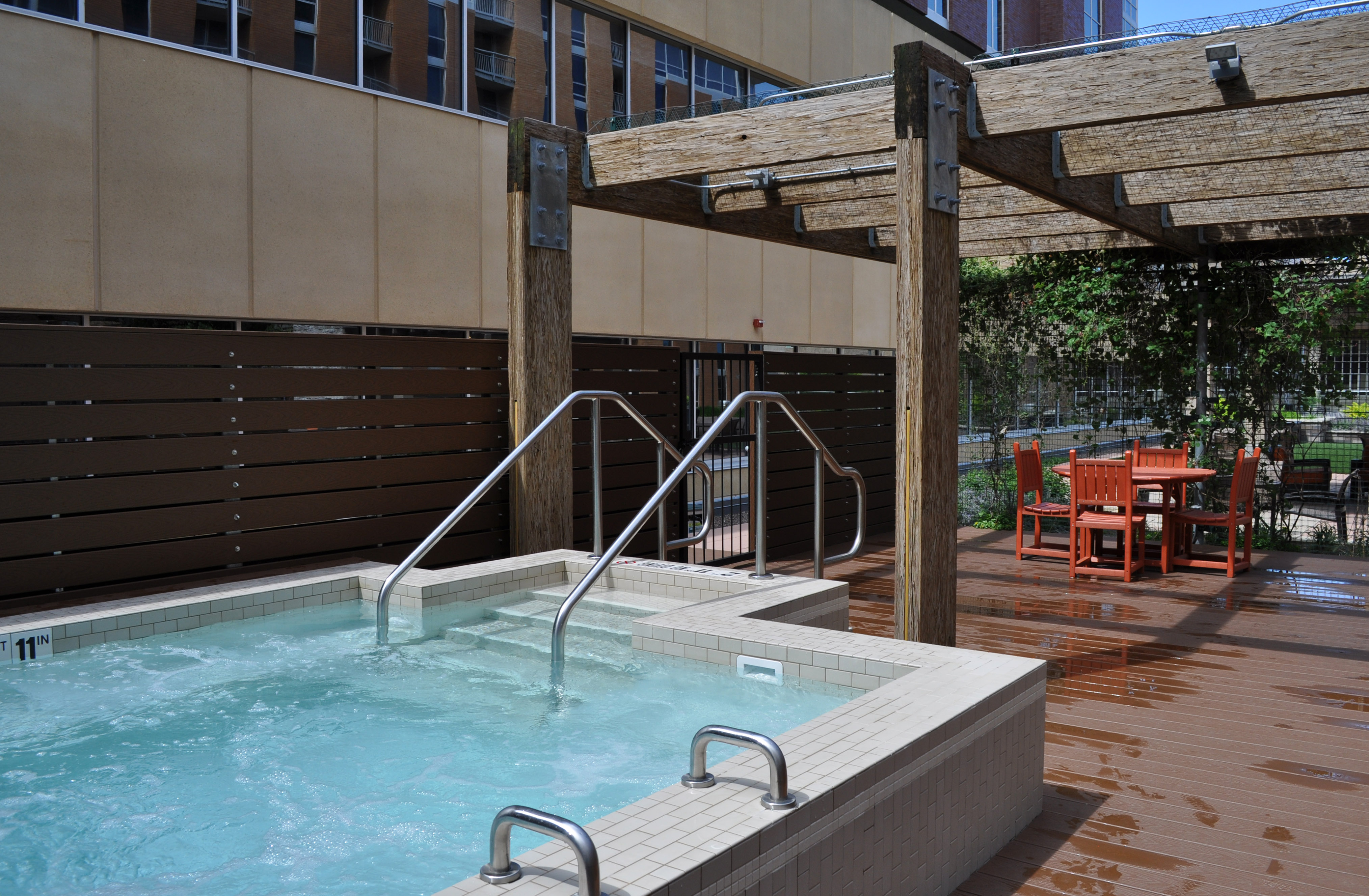 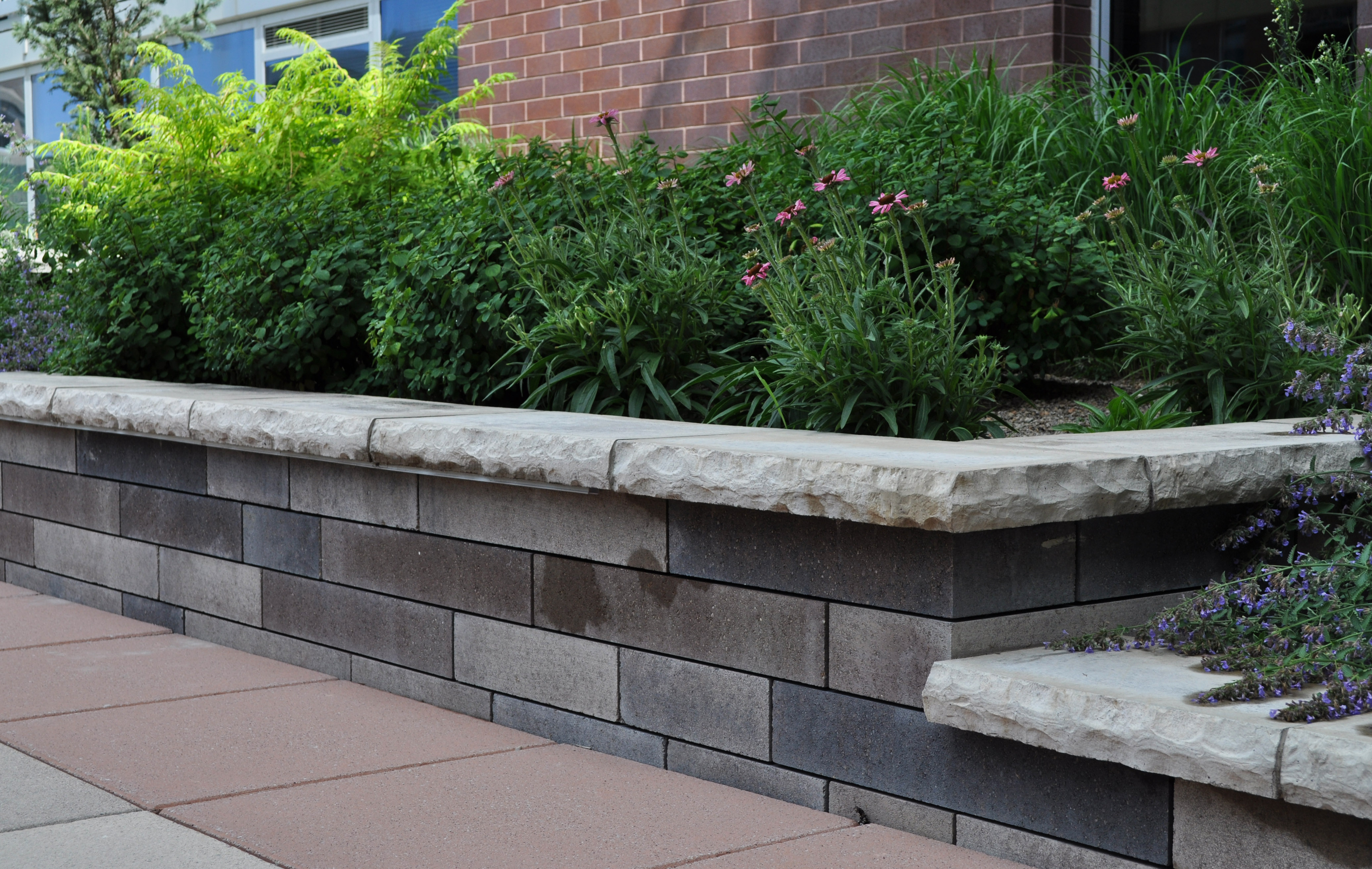 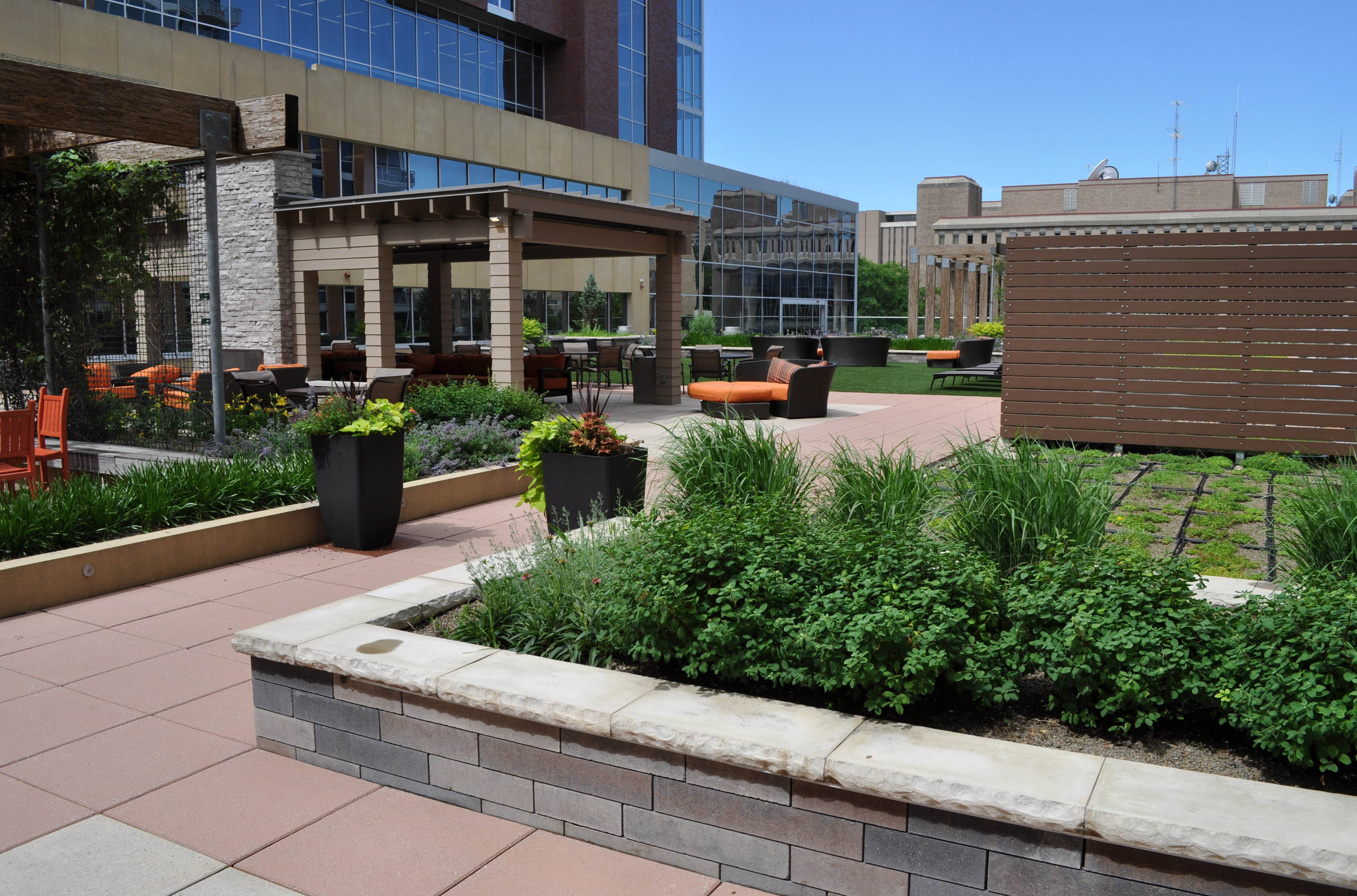 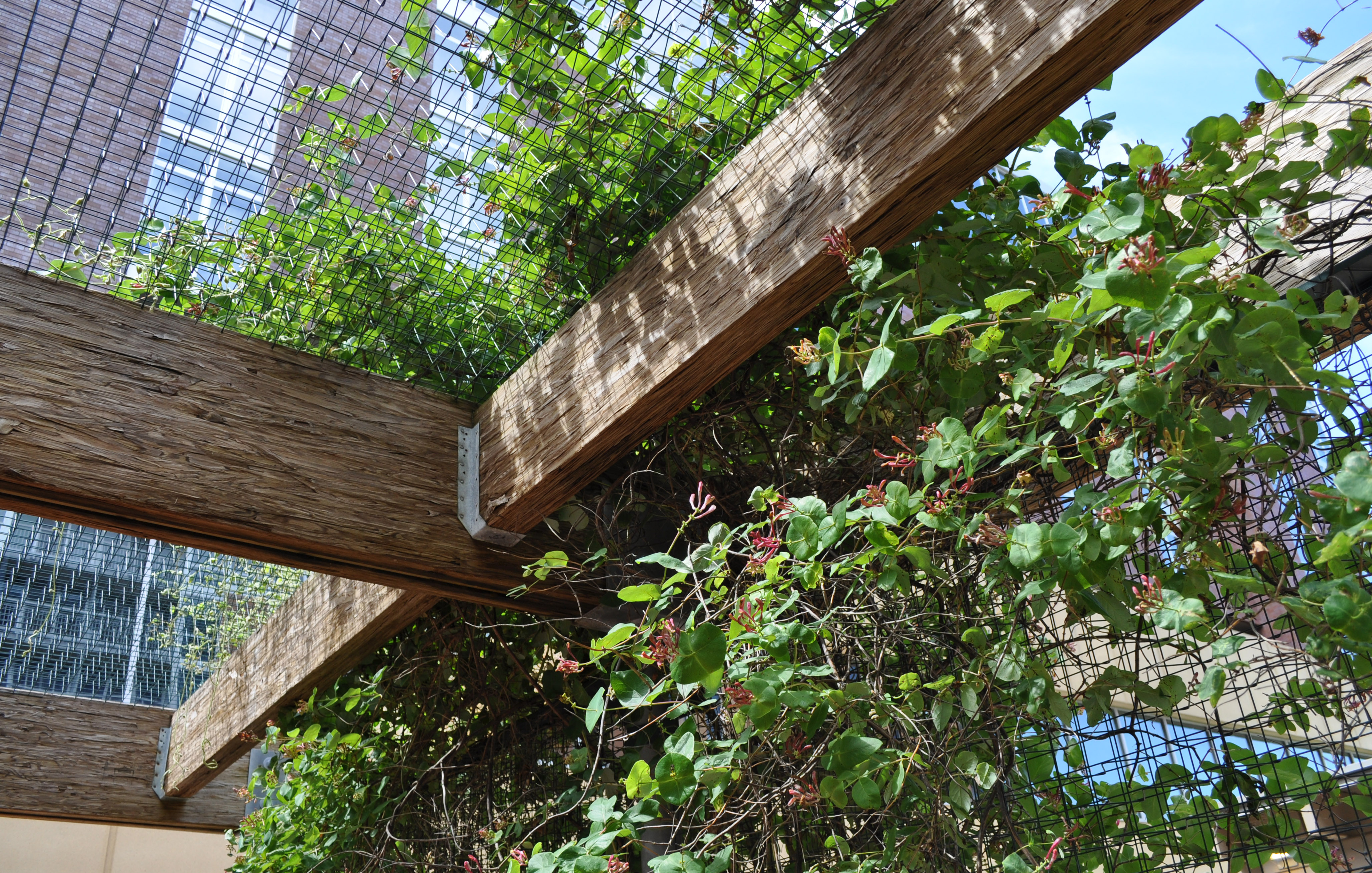 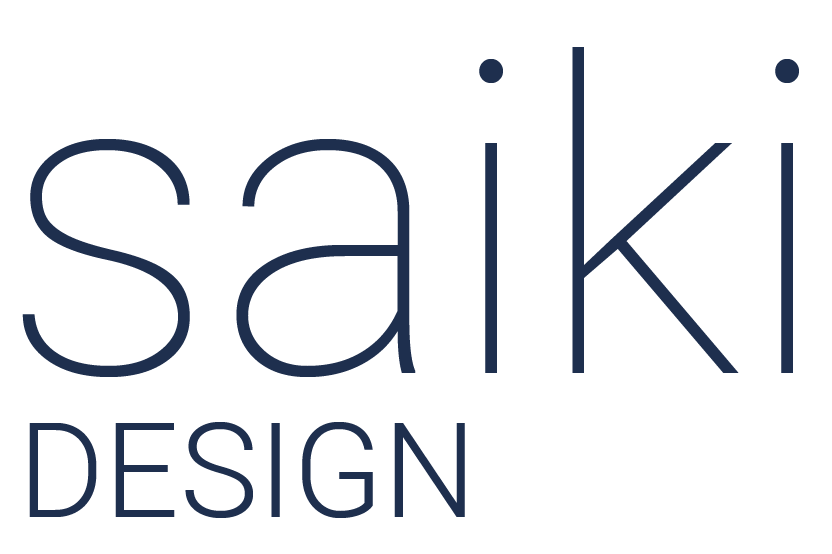